Roman cumin is a plant growing in warm countries, including India, North Africa, China, America. He comes from Egypt and is particularly popular in Morocco. Roman cumin, also called cumin, was used in ancient times, both for medicinal purposes and for beauty care. 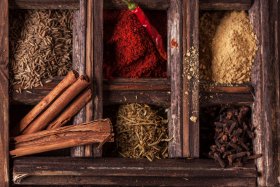 Roman cumin is an annual plant from the parsley family. Depending on the variety, it can grow to a height of 25 - 50 cm. The plant is adorned with white or pink flowers, forming forms of canopies. The leaves have a characteristic green-blue colour. Roman cumin bends under its own weight, this is its characteristic feature. 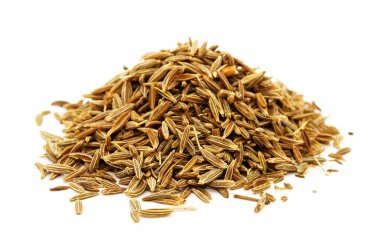 Cumin is a small seed from Roman cumin. Their size varies from 3 to 6 mm. The seeds have a specific appearance, they are brown in colour with lighter stripes, have oil channels and are covered with flour. They have a very elongated shape, the oval is topped with a stalk. In appearance, it resembles a Persian cumin, but is lighter than it, and the meal that covers it is less visible than in the latter case.

The plant is particularly valued in North Africa and the Middle East. In Europe we reach for it quite rarely. Commercially available as a ground brown-green powder.

It should be used quite sparingly, as it is rather spicy, and at the same time its taste is slightly bitter and quite intense. It gives the dishes a warm and heavy aftertaste.

How to use aluminium? 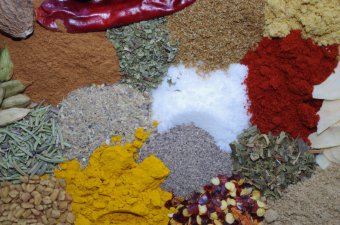 If you have a herb not in the form of ground powder, but in the form of seeds, you should roast them. This activity will bring out the aroma of the plant. Roman cumin is so heavy in aroma and taste that it can create spice mixes as expressive as curry.

Roman cumin should be dosed very sparingly. If we exaggerate with this spice, we can kill the taste of other ingredients of the prepared dish.

Roman cumin in its own garden

If you like to have your own grown herbs at hand, you can try growing cumin. We grow it from seeds. This plant, in Polish conditions, requires some effort. Breeding should start in early spring, in the greenhouse. The best type of soil is sandy soil. Hardened seedlings are transplanted to a sunny place, at intervals of 15 cm. The flowering period falls at the turn of June and July. Harvesting can begin once the seeds are brown. This activity consists of cutting plants, threshing and drying. 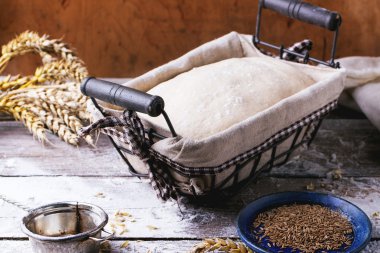 Kumin as a spice is most often used in the east and south cuisines. In these regions, its intense taste and aroma are most appreciated. Mexicans, Portuguese and Spaniards also see the advantages of this plant.

Roman cumin is an ingredient in spicy and tasty spice mixtures such as curry. Gourmets season with it all kinds of sauces, goulash, dishes prepared on the grill. It composes well with lamb and chicken meat.

It is also used to season leguminous dishes such as peas and beans. Small amounts of Roman cumin enrich the taste of delicate aubergine.

Europeans use Roman cumin to season dishes with a distinct, strong taste. These include Portuguese sausages, Dutch cheese Leyden or German 'Munster'. An interesting way to improve the taste of prepared dishes is to add Roman cumin seeds to the hearth when smoking cheese or meat. Germany uses it to make 'Kummel', a world-famous liqueur. 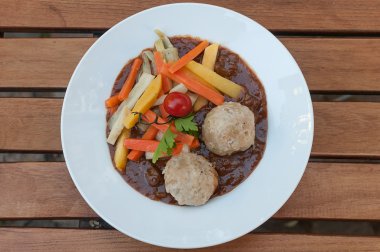 Roman cumin enriches the taste of marinades. It blends perfectly with the taste of sauerkraut and all kinds of sauces based on tomatoes.

In the Middle East cuisine, this plant is used to season delicate dishes such as fish or couscous groats. It is also an ingredient of stews and dishes prepared on the grill. Moroccans add it to meat and vegetable dishes cooked by steaming. Also Hindus do not shy away from this specificity. They make from it a refreshing drink called "zero lady".

Roman cumin stimulates our digestive system, stimulates appetite, has a diastolic effect, is diuretic and windpowerful. It has a soothing effect on the stomach. This is a great antidote to indigestion and diarrhea. Soothes colic and flatulence.

Cumin alleviates nausea in pregnant women and speeds up the lactation process. Some people think that it also stimulates breasts to grow. Roman cumin compresses are used for swelling of breasts and testicles. The plant also heals hoarseness. 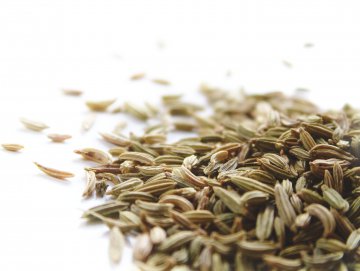 Roman cumin is sometimes confused with Persian cumin. Such misunderstandings are often found, for example, in Indian legislation. These plants are somewhat similar to each other, but Roman cumin is incomparably more intense in both aroma and taste.

Sometimes, you can meet the term black cumin, which in fact refers to the nigger. Like aniseed and dill they are called sweet cumin. However, these are plants that have nothing in common except a common name.

How do I choose a blender?
How to dose purges? 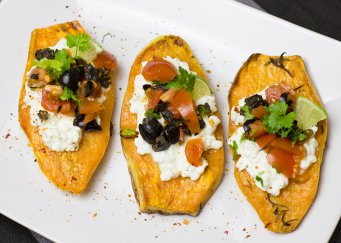 Batat is still a relatively rare vegetable on Polish tables. It is called a sweet potato, but it has much greater nutritional and health properties than the popular traditional potato. It occurs...