The rocket is a plant that comes from the Mediterranean. In that part of the world, it is often used in the kitchen because of its very pronounced taste and health properties. Poles are also convinced of the rocket. It is able to give character to every dish, even the simplest one, is low in calories and can be easily grown on its own.

The leaves of this plant resemble milk leaves in shape. They are narrow, frayed and quite small. The taste of the rocket is peppery and slightly nutty. Excellent with tomato, Mediterranean cheese and white meat. Due to its calcium and iron content, it is in strong competition with the poorer lettuce. 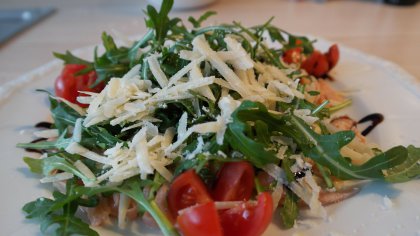 The rocket is suitable for adding variety to low-calorie meals. 100 g of this plant provides the body with only 25 kcal, 2.5 g of protein and about 4 g of carbohydrates. Consuming 100 g of rocket, we provide the body with a daily dose of vitamin K and half of the dose of vitamin A. Rucola leaves are also rich in vitamins B, C and calcium, iron, magnesium, potassium and manganese.

Rucola is also a source of sulphuric amino acids, folic acid, chlorophyll, alpha-linolenic acid and glucosinolam. Sulphuric acid gives it a rather pungent taste and has antibacterial properties.

A role for health

This plant is ideally suited as a component of a slimming diet. It contains a large amount of fiber, so (despite its low calorific value) we quickly feel satiated. In addition, the rocket improves intestinal peristalsis and has a good effect on the entire digestive system. Consuming rocket, we activate bile production, counteract gastritis and gastric ulcers. The rocket is helpful in problems with hyperacidity, flatulence, stomach aches and stomach pains.

As a rich source of minerals, including iron, a rocket can help combat anaemia. It is worth mentioning that due to the co-presence of iron and vitamin C, assimilation of the mineral is easier. In this respect, a rocket is more useful than, for example, iceberg lettuce. Its taste is also more attractive to many people than the taste of spinach, which is equally rich in iron.

Thanks to its vitamin A, B, C and K content, the rocket strengthens the body and accelerates cell regeneration. Zinc, which is a component of the plant, gives us resistance. Sulphuric amino acids have an antiviral and purifying effect against toxic substances. Consuming rockets prevents infections.

Potassium contained in the leaves of the plant regulates kidney function and insulin secretion. Potassium is involved in the processing of glucose into glycogen. It also influences the good condition of the cardiovascular system. 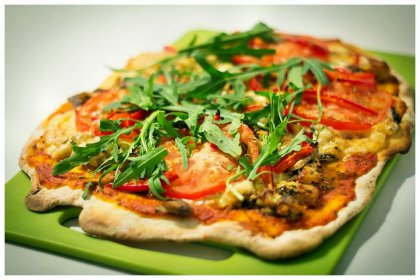 We have already mentioned that rocket is a source of glucosinols. Their effect is not yet fully known, but it is already known that they prevent the formation of cancer. Particularly important is their intake in lung, pancreas, large intestine, prostate and nipple cancers.

Sowing rococket also abounds in little known organic compounds - glucosinols. They have an anti-cancer effect. According to research, they reduce the risk of cancer of some internal organs (lungs, nipple, pancreas, large intestine, prostate).

Preparation of rocket leaves for consumption

Remember to wash the rocket very carefully before use. During cultivation, it is sprayed against pests and preventively against decay.

To get rid of bacteria, soak the leaves in water with added acid, e.g. apple juice or lemon juice.

Also, be careful not to store the rockets in the wrapped plastic containers in which the plant is sold. Closing the leaves in such conditions activates the processes of decay and release of substances harmful to human health.

A rocket in many ways 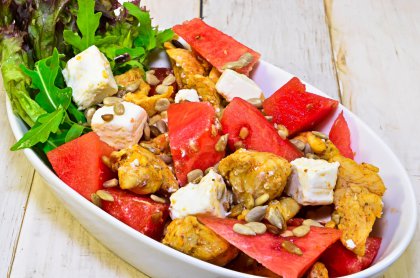 Many people prepare delicious salads on the basis of rocket. This plant perfectly complements the taste of cheeses, especially Mediterranean and mould cheeses. Often accompanied by tomatoes (also dried), eggs and meat. In raw form, it can also be added to sandwiches (like lettuce) and various types of pastes.

The rocket is also very tasty after cooking or frying. It can be prepared like spinach, fried in butter with garlic. The rocket prepared in this way can be served with pasta.

Rucola leaves are ideal for adding variety to the taste and appearance of pizza and other Mediterranean dishes.

The rocket seeds produce a distinctive taste and a very valuable oil, called jumba. The seeds can also be used to prepare a sauce slightly reminiscent of mustard.

Recipe for salad with rocket and Black Forest ham 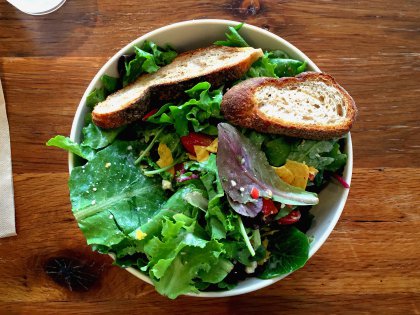 The rocket should be kidnapped into tiny pieces. Cut the slices of the ham so that the pieces are comfortable to swallow. Also dice the pineapple and cheese.

To enhance the appearance of the dish, simply spread the rocket leaves on a flat, large plate, throw pieces of ham, pineapple and yellow cheese on it. Add a tablespoon of marinated red pepper.

This salad is a perfect match for the well-known vinaigrette sauce. The sauce can be enriched with e.g. honey. We need it:

We wish you delicious! 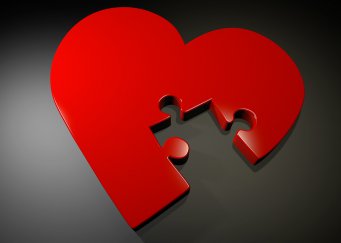 How to lower cholesterol in a quick and natural...

Cholesterol is divided into "good" and "bad". This good, abbreviated as HDL, is a high-density lipoprotein. They transport cholesterol from the body to the liver, where it is transformed. Bad...

Dairy products in the diet

Mimi Kirk - meet the most beautiful vegetarian in...