In a world full of allergies, filled with processed foods and harmful ingredients, amaranth and all products made from it are beginning to gain fame and popularity. First of all, because amaranth - known in Poland as amaranth - is also safe for people who suffer from coeliac disease or have an intolerance of gluten. Amaranth does not contain it! At the same time, however, this great advantage goes hand in hand with the great taste - and this is the second secret to the popularity of this extraordinary grain. What is worth knowing about this plant? 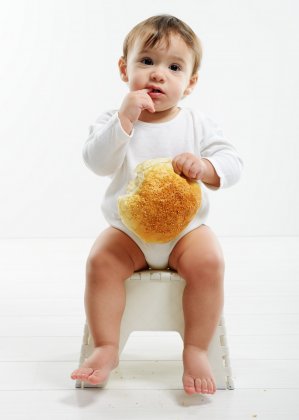 Before we move on to a more detailed discussion of the advantages and types of amaranth products, it is worth dealing with its basic advantage - food, abundance of iron, as well as the lack of gluten. As far as the components are concerned, amaranth has more iron than maize or even the spinach recommended to everyone! However, although many people do not like both products, they are unlikely to have problems with the taste of amaranth! In addition, the amaranth is distinguished by its easily assimilable protein content and an easily digestible starch fraction.

Celiac disease is a visceral gluten-dependent disease, which means hypersensitivity to gluten. As a result of its influence, the intestinal villi are destroyed, which are responsible for many important for health processes - and above all for correct digestion. Due to the fact that hypersensitivity or intolerance to gluten has been diagnosed very often recently, many people try to avoid it for safety reasons. However, it is found in most of the known cereals - but not in amaranth! It is one of the oldest plants, cultivated for at least 5,000 years and nowadays called the "grain of the 21st century". If the number of people suffering from coeliac disease increases, it may actually take the place of wheat or rye. In Poland it is available in the form of flour, seeds or popping, i.e. grains of amaranth, which can be roasted just like grains of corn. Amaranth can be used to produce butter, mayonnaise or milk - it is also a great addition to sauces or soups. 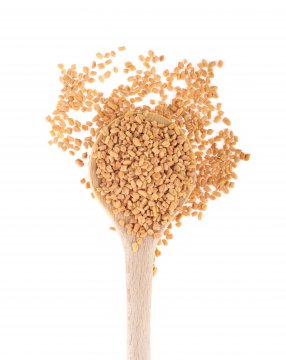 Amarantus is also known in Poland, but the basis of food was long time ago for the Mayas, Incas and Aztecs. They knew it, cultivated it and considered it a sacred plant long before Christopher Columbus discovered America. Then for centuries it was almost completely forgotten until it was believed again in its amazing properties - which are now very well researched and a lot of research is still being carried out. Amarantus revived its popularity in the 70's of the last century and since then its cultivation can be found everywhere! However, most of them are still in the Americas, as well as in Southeast Asia and Africa, mainly in Nigeria, Uganda and Mozambique.

Amaranth against the greenhouse effect

Amarantus has many applications - unexpectedly it turned out that it can become our rescue against the greenhouse effect. How is it possible? Amaranth absorbs twice as much carbon dioxide as other plants, so mass cultivation of Amarantus could be beneficial for the climate by counteracting climate change. In addition, it would have a positive impact on our health (amaranth is an extremely healthy plant!) and its cultivation would certainly look beautiful on the fields. Szarłat is considered to be a pseudo-grain and an ornamental plant - because it produces beautiful, amaranthy feathers, which delight everyone!

Since we already know a bit more about amaranth itself, it is also worth focusing on its impact on the human body. Why is it worth eating it often? First of all, it contains a lot of fibre - twice as much as oat bran - so it is an ideal snack, breakfast or dinner ingredient. Dietary fiber swells in the stomach, improving digestion and preventing hunger. It can therefore be said that amaranth will also work well as an ingredient in a slimming diet. In addition, it contains a lot of calcium, iron and squalene.

Squalene is recommended for pregnant women, children, as well as for those who want to stay young for longer - squalene is known for its anti-aging properties. It contains easily digestible starch, more magnesium than chocolate and is rich in polyunsaturated and monounsaturated fatty acids. It is recommended for people suffering from hypertension, heart disease, weak skeletal system, as well as athletes and people in convalescence. 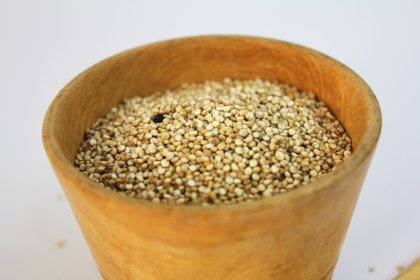 Amarantus can be found in shops in really different forms - we can buy seeds, flour, as well as the popping mentioned in one of the previous paragraphs. We can eat amaranth cookies or buy muesli or flakes with amaranth. Particularly amaranth flour has many uses, and at the same time it gives dishes an interesting taste - slightly nutty. You can use it to make delicious pasta or bread, and even (like in the Himalayas) pancakes.

Many people reading this text have probably started to feel like buying amaranth products. Everyone is probably wondering now how it can be used in the kitchen. It is worth giving a simple recipe for an amaranth salad with potatoes and baked apples with amaranth.

Salad with amaranth and potatoes

Cut the onion into cubes, mix with lemon, mustard, popping and spices, then cut the boiled potatoes into cubes, pour the sauce and olive oil. Mix the prepared ingredients and serve with diced cucumbers. 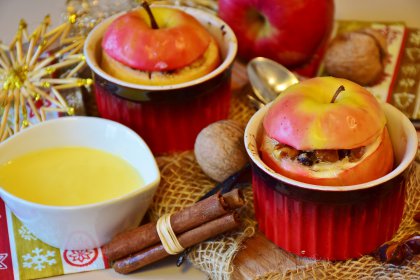 If you feel like dessert with amaranth, you should rather choose baked apples. Their preparation is easy - we remove the seed nests from the apples and then we prepare the stuffing: popping, honey, cinnamon and sunflower seeds. Fill the hollow apples with stuffing, place in a heat-resistant dish, water and then bake for half an hour in an oven set at 200 degrees Celsius.

The price of amaranth products is very diverse - it all depends on what shop we decide on, what exactly we are looking for (cookies, flour, seeds) and what producer we choose. Amarantus is not expensive but healthy! For a kilogram of seeds we will pay from a few to a dozen or so zlotys. 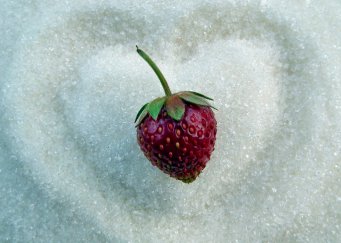 Sugar is one of the basic components of the diet of each of us. We commonly use it in our kitchen, and in many different ways. From sweetening coffee or tea to making sweet baked goods - without...

Asparagus - a healthy aphrodisiac in your kitchen