Cane sugar - is it really healthier than white sugar?

Running away from a diet filled with white sugar, we try to find substitutes for it. One of them is brown cane sugar. Many of us believe that it is healthier than white. However, such thinking does not have any sensible justification. Any attempt to convince us of the extraordinary properties of brown sugar is a simple promotional campaign aimed at increasing sales of this product.

Sucrose does not enrich the body with any nutrients other than the supply of calories, i.e. a dose of short-term energy. This condition of increased capabilities is paid for by the body after about 1 - 2 hours by a sudden drop in wellbeing. Sugar leads to the acidification of the body, disturbs the acid-base balance.

Acidification of the body - what it is all about 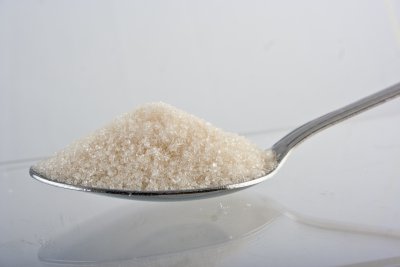 The normal blood test is 7.365, i.e. slightly alkaline (the pH scale ranges from 0 to 14). In the event of an excess or shortage of certain substances, the body activates mechanisms to restore the optimal state.

Products that acidify the body (e.g. coffee, sugar, bread, meat, milk, dairy products) the pH of the body changes to a more acidic one. In order to show how little it takes for serious changes to occur in the body, it is enough to mention that at a blood pH of 6.95, man falls into diabetic coma and dies.

How does the body defend itself against such a threat? "It "extracts" from the body substances that will again alkalise the blood. Thus, we deprive ourselves of calcium, magnesium, potassium and sodium. Launching the defence process in one aspect, therefore poses a threat from other parties. Not only does the body have to cope with the equalisation of all the substances we consume, but it should also be ready to "attack" fungi, bacteria and viruses from the outside all the time. Is this possible? Rather not.

The body's resistance is reduced to a minimum even for a few hours, from the moment of consumption only 1 teaspoon of sucrose. It does not matter whether it is in the form of white or brown sugar. For a few hours, the body takes care of stabilizing the blood reaction, and during this time it remains defenceless against microbes, not only those from outside, but also those that are still present in our bodies, such as candida albicans, a mushroom that feeds on sugar. Small colonies do not pose a threat to the organism, but their growth means huge health problems for the fungus carrier. 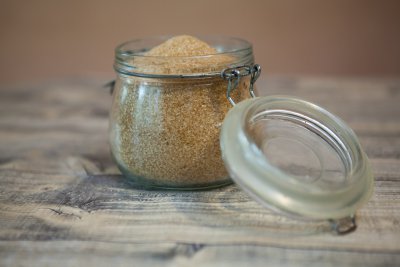 As we have already mentioned, consuming sugar leads to the loss of valuable minerals, including magnesium, calcium, sodium and potassium. Magnesium is additionally rinsed with coffee. This should be a warning for lovers of this drink, especially in combination with sugar.

If you can't imagine a day without a cup of coffee in the morning, give up at least sugar! Do not exchange it for brown sugar, because regardless of its colour, it is still a sucrose, which the body always treats in the same way - it activates processes in order to make the blood reaction more alkaline, while taking additional doses of magnesium. In this situation, coffee beans are in an extremely difficult situation, because they increase magnesium deficiency with sugar.

Sugar is made from sugar beet or sugar cane. The plants undergo an intensive purification process, so that in the end there is nothing left but sucrose (in the case of brown sugar, trace amounts of minerals are preserved, but they are so small that they do not affect the processes taking place in our bodies). 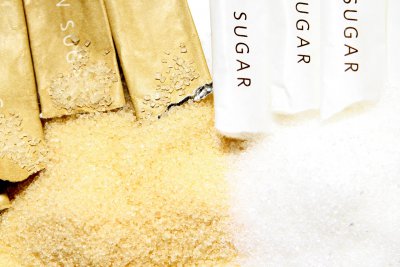 Sugar is refined (molasses are separated from it, while sugar crystals are bleached using chemical substances such as formic acid, sulphur dioxide, phosphoric acid) before it reaches the market.

In the process of white colouring, the trout bones are also used. This information may be particularly important for vegetarians and vegans.

The production process for brown sugar is shorter. Does not include the stage of separation of sugar from molasses. Molasses contain traces of iron, calcium, phosphorus, potassium and magnesium. This is what makes for a slightly better assessment of brown sugar compared to white sugar.

Note on a coloured fox 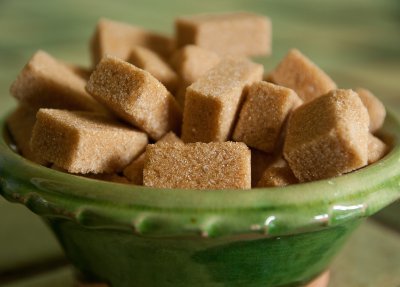 Sometimes brown sugar appears on the market and is sold as brown sugar. In fact, it is white sugar (the one that went through the whole process of purifying and whitening crystals), additionally coloured brown. This is not always done with molasses, sometimes with caramel.

The holder of a bag of such sugar shall be cheated twice. Firstly, as a result of the myth of 'healthy, brown sugar', he eats it instead of completely abandoning the sweetening of sucrose. Secondly, it uses sucrose, which the manufacturer had previously treated with chemicals. It is a fortel used not only by sugar manufacturers. In this way, the bread, to which caramel is added, is also "refined". Bread with a dark brown colour is later sold more expensive as healthier bread with better flour.

Purity and its extraordinary properties
Pesticides - how to... 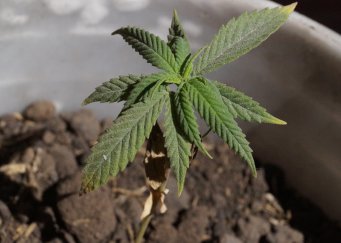 What are the symptoms of magnesium deficiency in...

Esophageal hernia - what is this and how to...