The name topinambur probably says nothing to many people - it sounds mysterious and exotic. In fact, however, the plant with this name comes from North America and was brought to Europe during the period of great geographical discoveries. Another name is tuberous sunflower, Jerusalem artichoke and perennial pear. The plant, closely related to the sunflower, which is popular with us, is known for its health properties. That's probably why more and more people are interested in her! What is worth knowing about it? 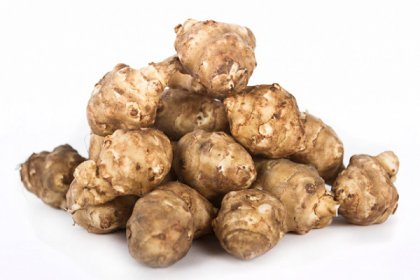 Although it may seem strange to some people, Jerusalem artichoke can also be cultivated in Poland, so there are no obstacles to cultivate it on your own and thus be able to enjoy the fresh Jerusalem artichoke. In addition, it is an easy to cultivate species, frost resistant, which is worth cultivating near walls or supports, because it may require this support. However, he also likes fertile, permeable soils and sunny sites. Let's s sow it in spring or autumn. It will not only be a delicious delicacy in our kitchen, but also a decoration of our garden - it looks like a sunflower and is often grown as a decorative plant.

The health properties of Jerusalem artichoke are really numerous! This plant, among others:

1. lowers the glucose level - thus it is ideal for both diabetics and people who are afraid of diabetes mellitus. The secret of such a positive effect on the human body is inulin contained in topinambura.

3. acts as a detox - this plant helps to cleanse the body of harmful substances, accelerating their removal. It works in a similar way with alcohol!

4. helps to lose weight - mainly due to the high content of fibre, Jerusalem artichoke is an ideal component of slimming diets. Dietary fiber swells in the stomach, providing a feeling of satiety for a long time - so we eat less and less often.

It is suitable for patients with phenylketonuria - people suffering from this disease have a congenital metabolic disease, which consists in the abnormal transformation of phenylalanine. For this reason, not everything can eat - but Jerusalem artichoke does not contain either phenylalanine or tyrosine in the amino acid composition of the protein.

7. prevents intestinal diseases - it has been proven that Jerusalem artichoke contributes to the removal of many bacteria that cause serious diseases. For this reason, it prevents the formation of polyps and ulcers, which lead to inflammation and even cancer. 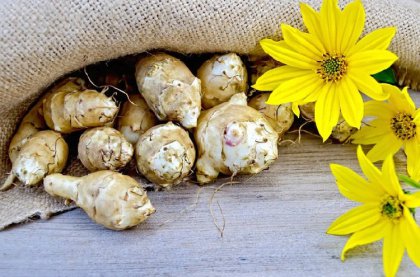 8. helps to concentrate and relax - Jerusalem artichoke supports the nervous system because it contains magnesium and B vitamins.

Topinambur is more and more willing to buy a plant - but many people don't know where to buy it! It is not difficult at all - it can be found in stalls, as well as in stationary and online shops. However, the price varies greatly - from about 3 zlotys per kilo to as much as 25 zlotys per kilo. It is therefore worth looking around, so as not to overpay. Jerusalem artichoke tubers will certainly be a bit cheaper than in large delicatessen - so it's worth looking around at local suppliers.

Once you manage to buy Jerusalem artichoke, many people don't know what to do with it. How to prepare something delicious? It's also easy! Jerusalem artichoke tubers have a very delicious nutty taste and are very juicy. They can be boiled, blanched, fried, baked, but also eaten raw. Also marinated or pickled tubers are a real rarity - so it is worth trying them in this form. They are suitable as an addition to salads or dinners, but you can also cook delicious soups from them. In France and Italy, chips and crisps are also made from them.

Probably many of you are interested in this proposal - so we give you a way to prepare topinambur chips. They are suitable for eating for everyone - they will surely appeal to both older and younger people. They can also be consumed by allergies. 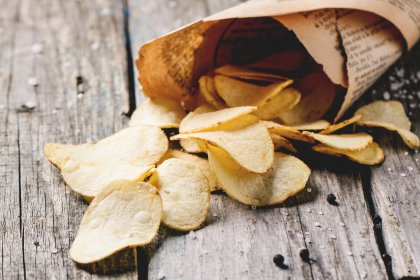 It is enough to buy, scrub, peel and cut the tubers into thin slices. Then grease them with oil (preferably grape seed) and additionally sprinkle with herbs - for example, hot pepper, thyme or pepper. We can also use any herbs that we like. Mix them in herbs and then put them on a baking tray on which the baking paper should be placed. Then bake them in an oven set at 170 degrees Celsius for about 10-15 minutes (with thermo-circulation). They can be served both hot and cold - as we like it more! You only have to be careful not to burn them, because unfortunately they are susceptible to it. The best thing to do is to check from time to time whether they are ready and take them out at the right time. Roast thicker fries for longer. Tasty!

Nettle - the weed that heals
Currants - a pearl of health 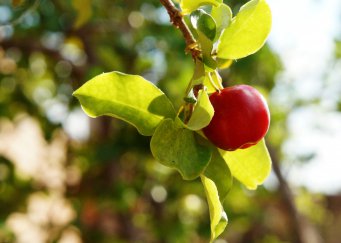 Sensitization to gluten or celiac disease?...

Recipe for home made toothpaste