Honeydew honey attracts attention for at least a few reasons. The high price of this product attracts the eye, the fall, from which is formed in many regions of our country appears only once in a few years. It turns out, however, that it is worth taking an interest in it also because of its characteristic taste and pro-health properties.

How is honeydew honey made?

The key ingredient of this type of honey is honeydew, i.e. juice from certain trees. The honeydew has the form of sticky, sweet secretion, which we can see ourselves in the summer months, because it has the form of dots appearing on trees. It is aphids and red aphids that are responsible for its secretion, as they suck out juices from both the shoots and leaves. We can find both coniferous honeydew honey and coniferous honeydew honey among the trees from which honeydew can be obtained, as there are firs, spruces, pines, larches, maples, oaks, willows, beeches and birches. The honeydew is usually harvested directly from trees, but it turns out that this is not the rule. This secretion can also come from insects that bite into the plants. Coniferous honey and its deciduous counterpart are not very different, the most essential ones relate to its taste and smell.

Although taste and aroma are the factors that often draw our attention to honeydew honey, the health-promoting properties of this food product seem to be of key importance when we try to explain what influences the interest in it. Here, special attention should be paid to its influence on the respiratory tract, honey from honeydew has an anti-inflammatory and antiseptic effect, and at the same time it has an expectorant effect. It is recommended to use it during a cold, but it may also support pharmacological treatment of patients with pneumonia. However, the consumption of honeydew honey can also strengthen our cardiovascular system and heart, which is also recommended for prevention of atherosclerosis. It improves the condition of our nervous system, allows for better management of joint diseases, and provides valuable support for people whose body is exhausted as a result of treatment with strong drugs or under the influence of working in harmful conditions. This honey can also be used in the fight against anaemia, kidney stones and asthma, and there are many indications that it can effectively withstand cancer.

If classic honeydew honey does not suit us for some reason, it is worth taking an interest in its closest cousin - nectar-spadziowy honey. This honey comes partly from the nectar of honey-producing plants, but it also includes a needle honeydew or a leafy honeydew. It is as mild as the classic honeydew honey, with the aroma characteristic of forests and meadows. Some people take it lightly, pointing out that we are dealing with "non-species" honey, but it is worth emphasizing that its properties are really interesting. When talking about its therapeutic properties, it should be noted first of all that it is reliable when dealing with heart diseases and cardiovascular problems. However, it also supports our body when it fights against digestive disorders and inflammatory states. Its use can also reduce the harmful effects that frequent use of coffee and other stimulants has on us. It is worth noting that it can block lead.

The relatively high price of honeydew honey is mainly due to its uniqueness. A literary jar can cost between forty and fifty zlotys, depending on who is responsible for its production and from which tree the honeydew comes. People who do not want to give up the pro-health properties of honey, and at the same time count on savings, should decide to buy slightly cheaper nectar-spadziowy honey.

itarianism - a diet not for everyone
Celiac disease - when gluten... 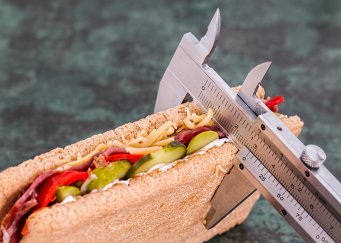 Most of us underestimate the problem of a proper, balanced diet. Usually we change our eating habits in order to lose a few extra pounds, but also then we make basic mistakes in the selection of...

Vegetable milk - a recipe for homemade milk from 10 different products

Acidification of the body - how to check it?