In the shops we will find a lot of different varieties of oils, which have new names, chemical compositions and packaging. Producers compete in the exoticism of the raw materials from which they are made, and some of them are placed on elite shelves with healthy food and eco-eating. The most common distinction is between cold-pressed (unrefined) and refined oils. But what is the difference? Which of them, however, are healthy for us? Which to choose and why? In the following article we will discuss the basic differences between refined and unrefined oils. 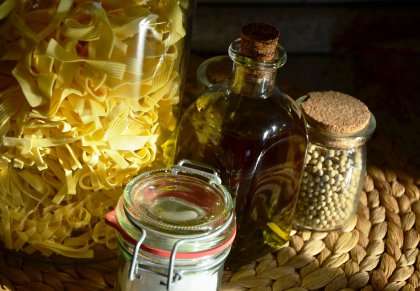 Unrefined oils are extracted by mechanical processes such as pressing, purification, sedimentation, filtration and centrifugation. However, high temperatures are not used in this process, which is why unrefined oils are commonly referred to as "cold-pressed" or "cold-pressed" oils. The only exception is virgin oils, in the production of which it is possible to use high temperatures to strengthen the fat extraction potential.

This method is the oldest method of oil production. It is also the most natural, so unrefined oils are more expensive than hot-pressed oils. The naturalness of the pressing process is characterised by a relatively low yield, as it does not use residual oil, which is found in the pomace of the seeds, seeds and fruit from which the oil is made. In addition, it is much more difficult to achieve consistent quality of the final product in their production.

Unrefined oils are healthy for our body and have many nutritional values. Their use causes prevention and possible delay in the occurrence of so-called civilization diseases, i.e. obesity, hypertension and ischemia of the heart. Cold-pressed oils delay the ageing of the body and have a positive effect on our internal organs. They also help with some specific diseases, e.g. atopic dermatitis (taking borage oil alleviates or completely removes the symptoms of dermatitis).

Unrefined oils have a high content of unsaturated fatty acids, including linoleic, y-linolenic and linolenic acids. It is also rich in antioxidants (tocopherols, tocotrienols, polyphenols), sterols and squalene. The latter is a lipid component that has antibacterial properties and protects against fungal infections. Squalene also has a protective effect on harmful ultraviolet radiation. 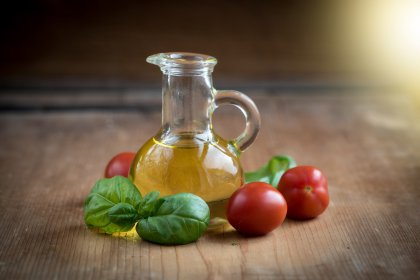 Refined oils, e.g. kujawski oil popular in Poland, are the cheapest oils, which are commonly used for frying. Refining is a very complex process, which takes place using very high temperatures and chemicals (most often it is harmful to humans, hexane). During cleaning (refining), tocopherols, sterols and polyphenolic compounds are removed, which determine the quality of the oil. That's why refined oils are less healthy than refined oils, but they have one major advantage: they are versatile and can be used for every type of frying, which unfortunately cannot be said about cold-pressed oils. They can be used e.g. for salads (in oils they dissolve vitamins very well) and for frying, grilling, baking.... We also don't have to worry about the fact that they rancid - they can lie open for a long time at room temperature.

Cold-pressed oils mostly do not contain trans isomers of unsaturated fatty acids. In refined oils their amount is about 0.9%.

The study also showed that cold-pressed oils contain about 30% more sterols than refined oils. Sterols are recommended for all people, especially those who suffer from hyperlipidemia. Sterols fight cholesterol in the blood and regulate its level.

Refined oils have a higher level of smoke than unrefined oils. For example:

The rapeseed oil, which is cold-pressed, has a smoke point of 110 degrees Celsius and refined as much as 205 degrees Celsius. What does this mean? It must not be fried in unrefined oils, as they contain a large amount of polyunsaturated fatty acids. They are unstable and disintegrate at high temperatures, releasing carcinogenic substances such as acrylamide and furan.

The oil that contains the highest amount of vitamin E is sunflower oil. It contains 45 mg of a-tocopherol per 100 g of the product, which is the strongest antioxidant. Studies have shown that this oil has a very high peroxide value. It exceeded the standard even up to three months before it exceeded its shelf life.

WHICH OIL TO CHOOSE? 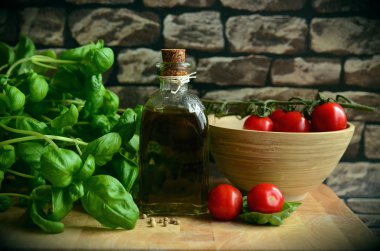 Refined and unrefined oils are different; it is difficult to give an unambiguous answer on which one is better because everything depends on use. For cold dishes, unrefined oil will be much better, because it contains more precious microelements and prevents the formation of cardiovascular diseases. However, during heat treatment, e.g. during frying and grilling of meat, refined oils will perform much better, as they have a higher degree of smoke and a small amount of polyunsaturated fatty acids. Choose wisely as needed, and oil fat will be your friend and not your enemy. 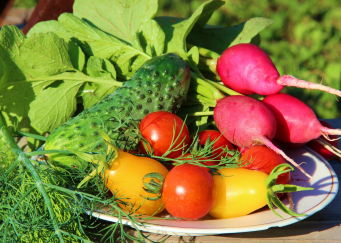 Daniel's diet - find out the most important...

Daniel's Diet, also known as the Dąbrowski Diet or the fruit and vegetable diet, was developed by an internist and immunologist, Dr. Ewa Dąbrowska, MD. The diet was described by her in detail in...

Erytrol - is the popular sweetener healthy?