White mulberry in the fight against diabetes

Mulberry, a plant that has been valued for centuries, although its properties have not been fully known to this day. What we already know about it is convincing enough to reach for it as often as possible.

White mulberry (Morus alba L.) is the best known of more than 150 varieties of mulberries. Perfectly lowers blood sugar levels and reduces the risk of atherosclerosis. It is a plant which is also a great slimming agent. The black mulberry (Morus nigra L.) has a similar effect.

These plants come from south-east Asia. The Chinese have been using them for centuries, e.g. for problems with too high blood pressure or excessive cholesterol levels. Mulberry is also used to relieve pain, fight infections and protect liver and kidney diseases. 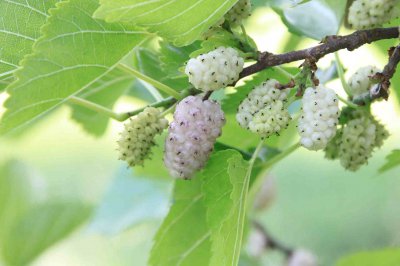 DNJ, an alkaloid of 1.5-didoxy-1.5-imino-D-sorbitol-1-dezoxynojirimycin and its derivatives is the compound that makes mulberry such a peculiar plant. DNJ occurs exclusively in mulberry, and in our bodies, it slows down the breakdown of starch in food into simple sugars (glucose). Prolongation of this process decreases postprandial hyperglycaemia.

It is not the only ingredient that cares about the correct level of glucose in our blood. Another is quercetin, i.e. flavonoid, which ensures proper economy and sugar metabolism. Quercetin blocks the synthesis of sorbitol resulting from excess glucose. The presence of sorbitol in the body may cause nervous system dysfunctions, eye and kidney diseases. Quercetin also copes well with free radicals, protects cell membranes, cells and DNA against damage. All these properties are particularly important for people with diabetes. 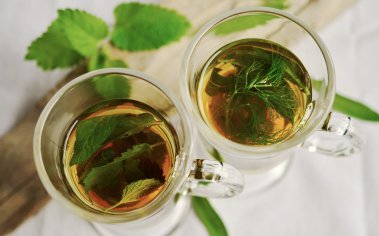 Mon Tea is a well known beverage in Korea, Japan and Chile. The tea is made from white mulberry leaves and has an antidiabetic effect. In order to obtain tea it is enough to pour about 1 g of the leaves of this plant 100 ml of water at a temperature of 98 degrees C. The brewing should last about 3 - 5 minutes.

Mon Tea is a specificity that inhibits the enzymes breaking down sugars in the body. According to researchers, drinking white mulberry leaf extract with sucrose causes a decrease in postprandial glucose levels after about 2 hours, both in healthy people and those suffering from diabetes.

Subsequent research has brought us knowledge about the influence of white mulberry on the inhibition of tissue damage. Methanol extract and its fractions contained in the leaves of the plant stop the production of nitric oxide. This compound is responsible for tissue damage contributing to the formation and development of cancer.

Reducing the risk of atherosclerosis 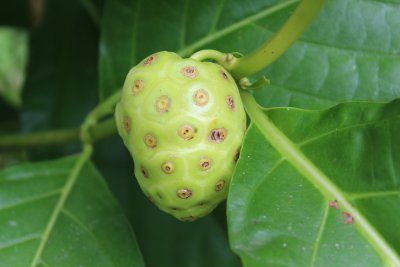 White mulberry is an effective antioxidant. Blocks the oxidation of LDL lipoproteins (low-density lipoproteins). This means that the LDL cholesterol level, also called "bad cholesterol", which affects the development of atherosclerosis, can be lowered.

Research conducted on experimental mice showed that administration of 1 percent powder from mulberry leaves significantly inhibited the process of oxidation of "bad cholesterol". A decrease in atherosclerosis damage in blood vessels of the tested animals was also observed.

Butanol extract from white mulberry leaves, according to Asian researchers, has beneficial effects for both animals and humans.

Taking extract from mulberry leaves reduces the risk of Alzheimer's disease. The compounds contained in the extract limit the formation of b-amyloid 1-42 proteins and reduce their neurotoxicity. According to researchers, it is these proteins that are largely responsible for the appearance and development of Alzheimer's disease.

Mulberry in the fight against bacteria and viruses 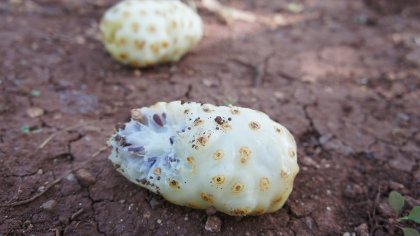 The health properties of mulberry have also been demonstrated in the field of struggle with microorganisms, including the HIV virus. Flavonoids contained in mulberry leaves are deadly for staphylococcus aureus, Salmonella paratyphi and Shigella dysenteriae (bacteria causing abdominal pain and diarrhea), among others.

Mulberry alkaloids, which are found both in the leaves and in the bark of the plant, may have antiviral properties. Flavonoid derivatives can inhibit reverse HIV transcriptase.

Tests on animals have shown that administration of mulberry extract for one month has resulted in weight loss. Mice with diet-related obesity were studied.

Values of mulberry are also enjoyed by people. In some countries mulberry tea is a very popular slimming agent. The most popular drink is the Japanese. 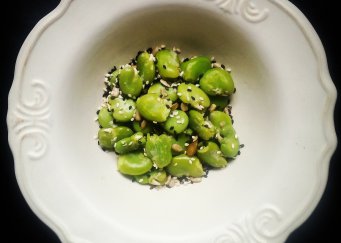 Like other plants belonging to the same family as beans, broad beans have a lot of vitamins and microelements needed for the proper functioning of our body. In the first place it is necessary to...