Honeys of the world: what will you be surprised by Manuka honey?

Manuka honeys are among the natural health-promoting foods that have made a staggering career in recent years. However, one cannot help but get the impression that many of the issues related to them are still a matter of concern. It is therefore worthwhile to take a closer look at them, getting to know both their properties and application.

How to define Manuka honey?

Although the name of New Zealand honey is widely used today, it seems reasonable to warn potential consumers at the outset. It turns out that this name is often given as an exaggeration, just to increase sales of products that do not deserve our interest at all. True honeys are homogeneous honeys, originating from Manuka bushes, produced in New Zealand, and additionally produced only in the period when this bush blooms. True honeys of this type also have a quite specific taste, often referred to as slightly bitter. They are also characterized by an aromatic smell.

MGO and its secrets

MGO, also known as methylglyoxal, is the most important ingredient in the honey from these shrubs. Interestingly, its presence is recorded in every honey of natural origin, but usually we have to deal with such a low concentration of this ingredient that it has practically no impact on our health. Treatment with high concentration of MGO honey is not a coincidence. It is justified primarily because this ingredient has the greatest influence on the antibacterial properties of honey. This is not the end of its potential, because we are talking about an ingredient that successfully supports both our immune system and our digestive system.

Many people admit that they use this honey mainly because of its taste qualities. It is worth emphasizing, however, that it is not they, but unique properties that have ensured international fame for this type of honey. Speaking of the benefits that can be gained by using honey, it is worth mentioning their antiseptic and strengthening properties. These honeys prevent the development of numerous microorganisms, and since the concentration of their most important ingredient - MGO - is varied, we can choose between honeys with a stronger and weaker antibacterial effect. Antibacterial properties are also accompanied by those that are antiviral and anti-inflammatory, but regular consumption of honey also gives us confidence that our body will cope more effectively with fungi that pose a great threat to it.

The properties of honey from New Zealand must impress us, but it is worth remembering that it should be seen not as a medicine, but as a food product. As a result, we do not have to worry about either its dosage or the standards governing its daily consumption, because we are not faced with this type of restriction. The most popular is taking two to three teaspoons of honey in the morning, before breakfast is prepared, but there is nothing to prevent this dose from being divided into two portions consumed in the morning and in the evening, about 20 minutes before the planned meal. If we bet on Manuka honey for children, we can dissolve it in the summer liquid (the temperature should not exceed 40 degrees Celsius).

People who wonder whether to buy this miraculous honey often pay attention to quite significant differences in its price. It is worth remembering that it is influenced not only by the size of the packaging, but also by the high concentration of methylglyoxal in this product. The more MGO in it, the more effective the healing effect of honey, but automatically the cost of its purchase increases. At this point it is worth emphasizing that Manuka honeys should be avoided at a lower price. Often these are simply worthless mixes, and it happens that we are dealing with products of which we are not able to say anything.

Healthy eating - how to create a proper diet?
Pasta? Cheers! 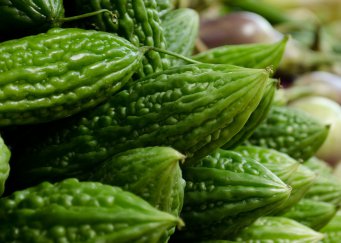 Everyone knows that vegetables are very healthy and should occupy an important place in our diet. They provide vitamins and minerals necessary for the proper functioning of the body, and each of...

How to strengthen immunity? Learn about 10...

Fruit and vegetable diet - the most important...