Honeys of the world: lime honey - health in Polish edition

Not all honey varieties are equally popular, and taste seems to be a key factor in their case. There is, however, a species that not only appeals to parents, but also to children, and is not only tasty but also healthy. Of course, we are talking about linden honey, which is often considered to be the best in taste. Its production is not easier, however, when it comes to linden honey, the therapeutic properties of this specificity are a compensation for all the difficulties in obtaining it.

Lime honey and its composition

The composition of linden honey has fascinated scientists for decades, as it contains not only flavonoids and tannins, but also essential oils and mustard compounds. The variety of these ingredients makes it possible to talk about the advantages of linden honey both in medicine and in nutrition itself. Some pro-health properties of lime honey are known even to those people who do not use it on a daily basis. We are talking about his valuable support in the fight against cold, flu and diseases accompanied by high fever. When a sick person is recommended to drink milk with honey, it is almost always lime honey. When analyzing the composition of this honey variety, it is worth paying attention also to the high content of essential oils. It turns out that they can effectively destroy microorganisms, especially if they occur on the mucous membranes of the respiratory tract. It will not hurt if we pay attention to the benefits of the presence of both glucose and fructose in the composition of this honey. Many people talk about them with difficulty hiding anxiety, because lime honey is considered to be a high-calorie product. However, we cannot underestimate the fact that it provides us with energy and thus allows us to make more intensive efforts. Also lovers of attractive appearance will find here something for themselves, because the composition of lime honey includes beta-carotene, potassium, manganese, chlorine and vitamins from the B group.

Lime honey - what does it help for?

As already mentioned, linden honey proves to be a valuable support both during the flu and cold, as well as during respiratory diseases, but certainly it cannot be claimed that this is the end of its pro-healthy properties. It is also an expectorant and exophthalmic agent, so it can be successfully administered to people struggling with such serious illnesses as pneumonia and bronchitis. It is worth mentioning that it has an antibiotic effect, which allows it not only flavonoids and essential oils, but also hydrogen peroxide found in its composition. Its interesting property seems to be its gentle diuretic effect, and thus - lowering blood pressure. However, it is also worth reaching for it when we cannot cope with the stress that accompanies us every day, because we are dealing with a solution with a calming effect. Linden honey can also be an ally of women struggling with gynaecological diseases and those patients who are attacked by rheumatism. As with other honeys, it also has a beneficial effect on our heart and blood system. 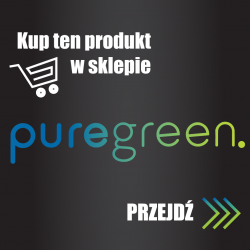 Linden honey can be consumed in at least several ways. For many people it is a great idea for an energetic breakfast, but it also works as an addition to cakes. But it is worth to remember, that the pro-healthy effect of it appears mainly when we dissolve it in tea or milk. At this point, however, it is necessary to make a reservation, as these drinks must not be allowed to be too hot. The high temperature causes honey to dissolve more quickly, but it also contributes to the fact that the healing properties of honey are significantly weakened. If you want to strengthen its effect, it may be a good idea to combine it with a linden blossom infusion or lemon juice.

Linden honey is relatively cheap, and a half a kilogram jar can be purchased for as little as 30 zlotys. 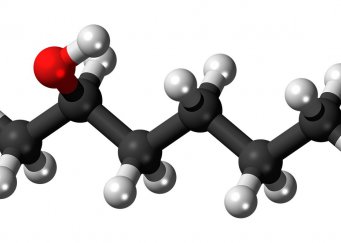 Vegetable milk - a recipe for homemade milk from 10 different products