Cinnamon, an aromatic spice that gives a specific taste to dishes. Many of us are associated mainly with the Christmas period, when gingerbread and cinnamon cookies reign on the table. However, we should not eat it only from Christmas, because apart from its unusual taste, this spice has much more to offer us. 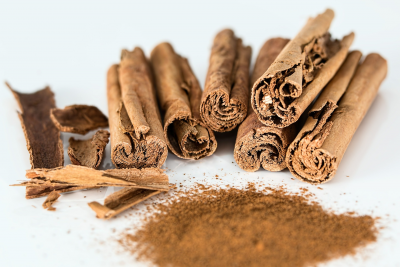 Cinnamon contains surprisingly large amounts of substances supporting our health. It has antifungal, antibacterial, antimutagenic and anticancer properties. He is also an underestimated killer of parasites. All these properties of the spice are due to the content of cinnamal aldehyde, i.e. cinnamal. 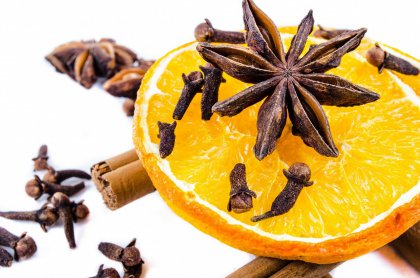 Especially in autumn and winter we should add cinnamon to dishes. During this period, our body is particularly susceptible to diseases, while cinnamon has antibacterial and anti-inflammatory properties.

This spice effectively deals with fungi, including the most common Candida Albicans. Suffice it to recall that essential oils contained in cinnamon are a component of preparations used in agriculture to combat fungi attacking plants.

Cinnamon improves blood circulation, which on colder days is not without significance.

Spice not only improves blood circulation, but also influences its composition. People who consume cinnamon can count on lowering the level of bad cholesterol in the blood. It should be taken by diabetics, as it significantly reduces sugar levels. Such properties influence the mood, clarity of thinking and energy to act.

Here, too, cinnamon can be helpful. For centuries this spice has been consumed by women to reduce menstrual pain. It is also known to reduce nausea and although cinnamon is not recommended for pregnant women (due to the risk of miscarriage), in other cases it is almost as effective as ginger. 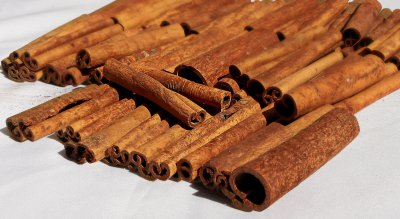 Women are most often interested in keeping a slim figure. There is no better ally in the fight against hunger. Cinnamon reduces the desire to taste something sweet. In addition, small amounts of spices can accelerate metabolism and positively influence the digestion process. Its salutary effect will also be felt by the kidneys.

Cinnamon takes part in detoxification of the body and at the same time helps to lose weight. It is often used in the cosmetic industry to make anti-cellulite preparations.

Specificity good for everything

In order to feel the beneficial effects of cinnamon, it is not necessary to buy expensive products available on the market. We can prepare the specifics supporting our health and beauty on our own. Just mix 1 teaspoonful of honey with ½ - 1 teaspoonful of cinnamon. 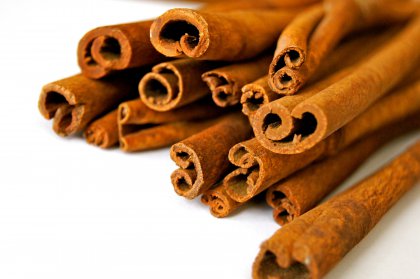 People with acne can use it as a mask, which should be applied daily for about a week.

Externally, it can be used to cover areas attacked by fungus, yeast or bacteria. The lubricated areas should be covered with gauze and plaster.

The mixture has a versatile effect when used internally.

It is effective in treating arthritis or persistent flatulence. In addition, cinnamon with honey has an anti-cancer effect, especially in the risk of bone or stomach cancer.

Mixture is a great specification for pressure equalization. Studies have shown that everyone who suffered from hypertension and consumed this mixture for several weeks felt a significant improvement in their mood. The pressure after such treatment was back to normal.

People who are struggling with diabetes or have problems with the candidate can prepare a quite banal but very effective dish for breakfast. Leave 2 tablespoons of oat flakes soaked in half a lemon juice for the night. In the morning we supplement them with a teaspoonful of cinnamon and a teaspoonful of ground linseed.

Drink a glass of water and tea (preferably herbal tea).

Ingredients from our kitchen, which we use on a daily basis, can be used to create a compress that perfectly smoothes the skin and combats cellulite. The preparation is prepared by stirring: 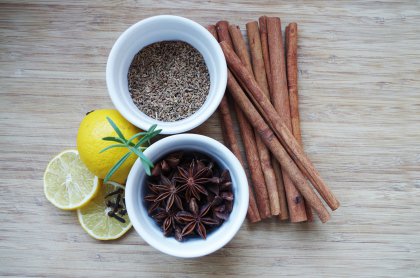 Apply the specificity to the skin and wrap it in foil. Leave this mixture for about 30 - 40 minutes.

There are two types of cinnamon available in our shops: cassia and Ceylon cinnamon. The former is not recommended due to its high content of harmful coumarin (5%). Coumarin has a negative (toxic) effect on the liver and also dilutes blood. Cinnamon cassia is quite tart, baking in taste and has a dark, rusty color.

Ceylon cinnamon has a sweet, delicate taste and a lighter, yellowish colour. Coumarin is present here in negligible quantities (0.04%).

Cinnamon with high coumarin content should not be consumed by persons suffering from peptic ulcer disease and persons prone to bleeding. Cinnamon should not eat allergies at all.

Dairy products in the diet
Cistus incanus - on viruses... 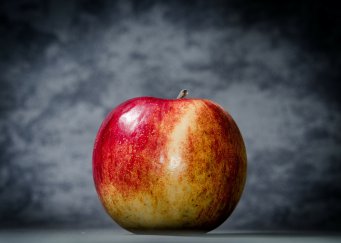 Vitarianism is a particularly restrictive diet. People who follow it do not eat anything that is heated to more than 42oC. Cold foods that have already been prepared, i.e. processed or heated to...

How to grow sprouts?

Iodine and its effects on the body